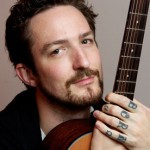 Frank Turner is an English folk/punk singer-songwriter who has been active as a musician since 2001. Frank has an innovative way of blending the genres of folk, punk and rock with his intelligent lyrics. Often described as a social commentator, the Bahrain born, Meonstoke raised songwriter released his first album ‘Sleep Is for the Week’ in 2007 which was received well critically. ‘Love Ire & Song’ came in the following year and made Turner’s first dent in the UK album charts, his reputation was growing quickly as his tours began to sell out by his loyal fan base.

The next album ‘Poetry of the Deed’ debuted within the UK top 40. This album gained him a nomination for an NME Award in the Best Solo Artist category. He became a regular on the festival circuit to support the release of 2011 album ‘England Keep My Bones’. He won two AIM awards in the same year for Best Live Act and Hardest Working Artist. In 2012 Frank and his support band The Sleeping Souls were personally invited as the warm up act to the London 2012 Olympics Opening Ceremony. His biggest commercial album to date was released in 2013 and was titled ‘Tape Deck Heart’, it debuted in the UK at #2 and holds a MetaCritic score of 78/100. 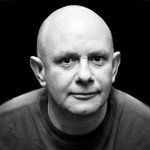 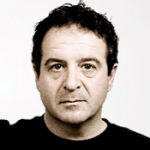 Patron Mark Thomas: “Why should someone on the streets not dream of being a musician or a film maker? And more importantly, could they dream of this if the facilities were not available to them?”

Mark has been a performer since 1985, he has toured the UK and abroad, has made seven series of his own show for Channel 4, worked as a comic, an activist and a writer. He still just about has a regular column in the New Statesman magazine. In 2008 Mark won a Sony Award for his radio show” Serious Organised Criminal” on Radio 4. His second book, “Belching Out The Devil” published – an expose of the Coca Cola Company. He was awarded the Emerald Eagle Award for fair and unbiased reporting and he was made an honorary doctor by Bradford University for services to peace and his contribution as a comedian, political activist, presenter and investigative journalist, in particular in recognition of his effective campaigning on the ethics of the arms trade.

Ellen Thomas, originally from Sierra Leone, has twice been nominated for Best Actress in the EMMA Awards, nominated as Best Actress by Screen Nation and also in the Black Media Awards. She appears as a regular character, Claudette, in EastEnders. Ellen appeared in four series of Teachers as Liz, the school secretary from hell. She appeared in two series of Lenny Henry In Pieces and also in his Montreux-winning Christmas special.