STREET TO STREET puts street youth in Freetown in touch with students in the UK via online video blogs. “it is a phenomenal insight and opportunity and it really did capture the kids’ interest”

“Street to Street has changed a demotivated and disinterested class into an engaged and captive audience………It fits perfectly with Citizenship and Geography themes in school, particularly in developing empathy and taking steps to overcome stereotypes in a way a one off DVD or textbook cannot” Chestnut Grove School. 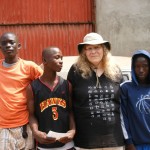 S2S offers students worldwide the opportunity to engage directly with street youth in Sierra Leone, via video and an internet forum. 6 young people aged 12 – 16 in Freetown upload weekly videos, so students from several schools can respond, asking questions, building relationships or just cheering them on.

It’s a massive and intense introduction to the hugely complex issues around the causes of poverty, and of the equally huge pitfalls involved in trying to help those caught up in it – but one which makes it immediate and real.  “it enables in depth learning about another culture in a way a one off DVD or textbook cannot”
The benefits for the International students are self evident. But for the street children from Freetown too there was a considerable impact, as we tried to assist them off the streets and into education. Since it began in January 2010 all 6 young people have a place to sleep and are in some level of education.  Street to Street is designed as a long term, user led project, allowing relationships to build and understanding to grow over time with all the volatility, passion and emotional ups and downs that chart teenage life.

Ballack – named after a Chelsea footballer. His parents are dead. He had a few years schooling but could not afford to stay in school unsupported. He wants to be like Obama.

Youngest  – has a mother but she is poor and forced him to go out to sell water so he ran away. He doesn’t want to grow old on the streets.
Timberland – has lived on the streets since he was 7. He gets his name from the shoes he used to wear.  He wants to be a lawyer. 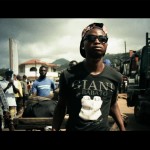 White Boy has no parents and little education. He washes cars for money and wants to go to school. As we have watched him grow he has become a great dancer but still struggles with reading and writing.