Broken Pens, the new compilation of poems, photographs and drawings is now published and you can order by paying £12.00 (inc £2.00 postage) to paypal info@wayoutarts.org  and drop us a line to that same email address with your name and address. Or donate £12.00 through justgiving and add a note or you can get the kindle version here  In Frank Turner’s introduction he says 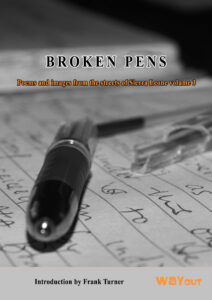 “I can only be humbled by reading through the latest collection of poetry (and art, and photography) from the marginalised and street youth who are engaged with the charity. “Broken Pens” shimmers with the vibrancy of their talent. Poems about the street, corruption, hope, rage, love, and all the other kaleidoscopic shards that make up their lives, reach out from the page and touch something human in any reader, helping us see the world through their eyes, and thus to see it anew. “

Poetry anthology ‘Street Rhymes’ available on Amazon for kindle. The first anthology  “Written Off “ also from Kindle or a paper version of both for £7.00 by contacting info@wayoutarts.org 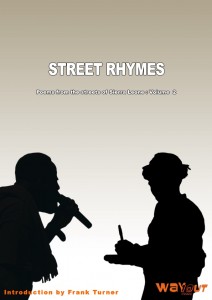 We just held the first poetry slam and it was a huge success. Three heats in western, eastern and central Freetown from which 12 finalists were selected and they went in front of 5 judges at the final on the 27th October 2019. Judges included Fantacee Wiz and established international poet Samuella Conteh- quoted below.

“Girl Force: Unscripted and Unstoppable” was the code last evening at the Way-Out Spoken Word Slam, where yours truly was a member of jury. It was an amazing time for me, seeing my hope for young people to embrace poetry as a means of expressing themselves being actualized. I had been using every given opportunity when talking to young people, to cite especially young Nigerians and the passion they were displaying in the art.

Listening to our young people speak out against common ills currently taking hold in Sierra Leone: rape, corruption, early marriage, FGC, maternal mortality and exams malpractices among others, was an evidence that they were ready to change the status quo. They are challenging perpetrators, especially those who get away with impunity and those who let them.

My happiness increased with the outcome of the competition with girls occupying the first two of the three winning places. They both spoke of the discriminations the girl child has going against her. They both delivered their lines with so much emotion, good diction and vivid imageries that got me tearing up. Their determination to beat the odds set against them, was the icing on the cake Way to go, girls!

Congratulations, Hazel Chandler and team at Way-out. You guys are doing a splendid job with our youths, who would otherwise seem seamless. Last night was great and I’m grateful you allowed me to be a part of it.” 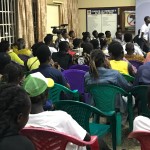 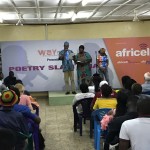 WAYout runs a writers group which trains members in storytelling and script writing. Foday Sillah wrote the script for the just released feature film The Choice and we have produced comedies and awareness raising dramas. 2017, volunteer Stella Harding started a poetry group over messenger with a group of just ten. When she returned to Freetown in 2018 she found herself running three groups and the number of people joining the groups kept growing. She returned again in May 2019 and ran groups with established poetry writing members as well as new groups in Ferry Junction and Susan’s Bay. Writing poetry improves literacy skills and enables people to explore their experiences and voice things otherwise unsaid.  WAYout poets have been published in online magazines and have performed live at the Freetown Music Festival and other open mic venues. We have produced 2 compilations of their poems in the books Written Off  and Street Rhymes with an introduction from Frank Turner and now available on Amazon or, if you want a paper copy, please email us at info@wayoutarts.org. It is also available in CLC Bookshop, Freetown.

We are very proud of one of our poets, Ibrahim Bangura aka Cleffy who has just had four poems published on Praxis online magazine including Childhood Dress and Cracked Bridge.

Cleffy is the pen name of Sierra Leonean poet and musician Ibrahim Sorie Bangura. Born in 1992 in a subsistence farming village in the Northern province of Lungi, he grew up speaking Themne, Susu, and Krio as well as English. In 2011 he migrated to the capital Freetown to escape rural poverty. After surviving on the streets for several years he joined WAYout where he now studies creative writing and music production. In 2017 he was shortlisted for a Commonwealth Writers Adda poetry commission and in 2018 he had a poem published in the international online literary magazine Write the City. He is currently working on a poetry project supported by the Prince Claus Fund. Cleffy’s writing reflects his deep affection and respect for the oral story telling traditions of his village home overlaid with the rhymes and rhythms of urban street youth culture. 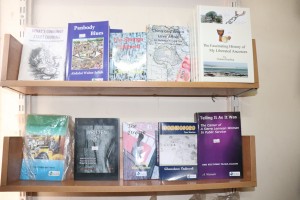