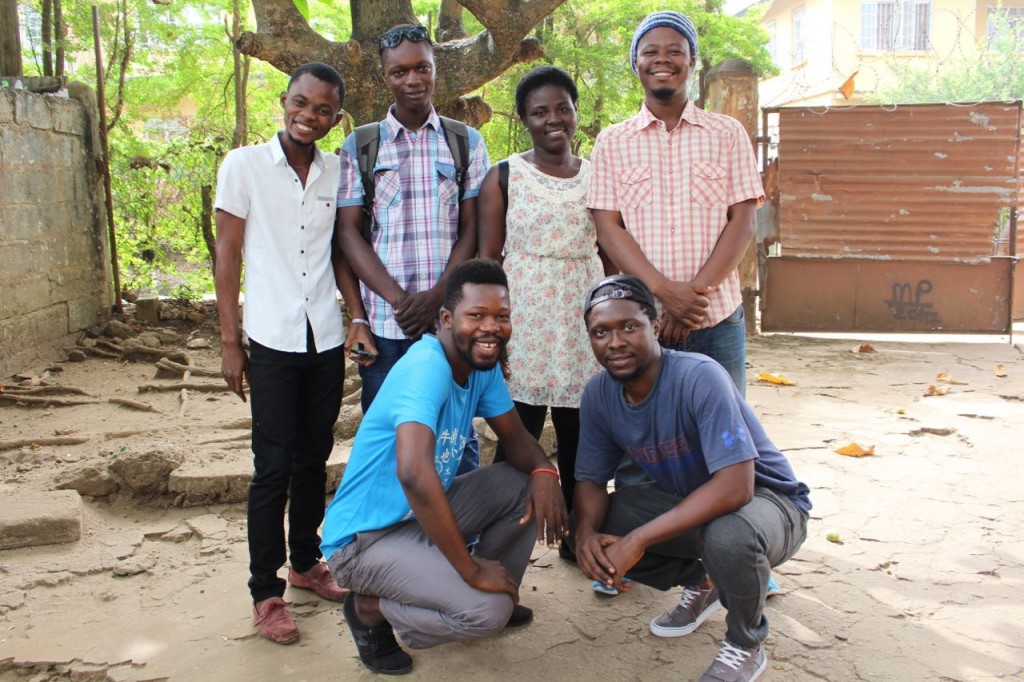 Alusine was known to us originally as Easyman, gang leader and street youth. He joined the Way Film group in 2012 and quickly learnt filmmaking and photoshop. He left his street image behind, including the name Easyman, and joined the staff in 2017. He shot the documentary about Frank Turner’s visit and the feature film The Choice and was one of the filmmakers working on the WaterAid project.  He now teaches photoshop and filmmaking and spends three days most weeks out at Kissi, Town training new members.