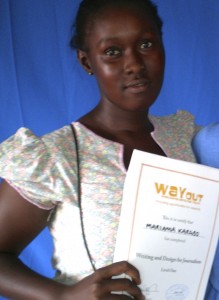 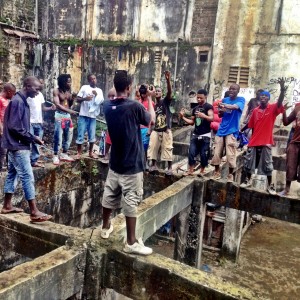 Sierra Leone is one of the poorest countries in the world. Over a decade of conflict left 20% of children without a primary carer. Over half the population is under 18 and 60% are unemployed. Sierra Leone continues to progress slowly against development indicators, ranking 180/187 in the 2011 Human Development Index (HDI). Despite notable progress towards many Millennium Development Goals (MDGs), the country is not expected to attain the majority of them by 2015. Poverty is widespread and inequalities pervasive, especially gender. The country has remained politically stable, however, since the end of the civil war in 2002.  The economy is expected to grow in 2013, especially on the back of increased mineral exports.  The drafting of Sierra Leone’s third national Poverty Reduction Strategy Paper (PRSP) has commenced. While achievements, such as improved access to primary school education, maternal and child healthcare, supply of electricity and ongoing construction of high volume roads have been made, there is little indication that PRSP III will depart hugely from the 4 key pillars of PRSP II (2008-2012): enhancing national electricity, developing the national transportation network, increasing agricultural productivity, sustaining human development (notably in healthcare, education, water and sanitation). Development progress is slow, especially impact on the most poor/vulnerable.

WAYout works with young people suffering the effects of poverty and conflict. Working in some of the most deprived areas we aim to:
•    manage, promote and assist the arts and arts projects for the benefit of street youth and disadvantaged young people and their communities.
•    develop and sustain informal education and creative development programmes tailored to individuals’  needs
•    provide recreational, educational and production facilities and resources, such as music studios, training in arts and media, and film facilities
•    enhance individuals’ economic welfare and well being through empowering them to earn through their art
•    develop long lasting relationships with partner organisations for the benefit of the projects, young people, and the general community
•    capacity build grassroots projects and organisations to ensure long term sustainability of programmes.
The charity will be working initially, but not solely, in Sierra Leone, and will be looking at opportunities to link young people in the UK with those in other countries.
“There is little doubt about the power of the camera to bear witness, influence others and provide a voice for the silent.”